Last weekend we were at the Late Shows again, down the road at the Toffee Factory...

‘TF Ear Piece’ was commissioned as an installation to compliment the DJ soundscape beneath Glasshouse Bridge over the two evenings. Experimenting was the word, as we threw ourselves, pencils and toolboxes at the challenge. Built on the lawn outside the office, we gave a new lease of life to the frame which had its last outing as part of the Tyne Salmon Trail in 2007. Being outside in the valley to build it was a treat in the week running up to the event - especially talking to the Ouseburn passers-by who had some interesting interpretations of what it might be.

Nine sound-catchers were aimed towards the DJ speakers and joined by a ‘periscope listener’ for catching sounds around the valley. We also put our own take on the ‘tin can telephone’, which seemed to be a winner with the kids.

Thanks to everyone who came down for a listen! 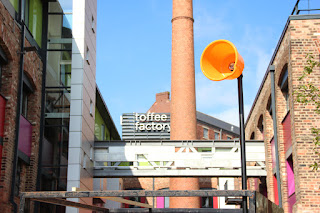 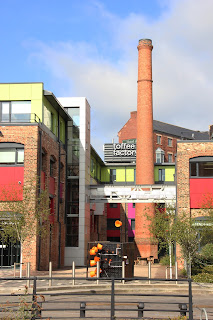 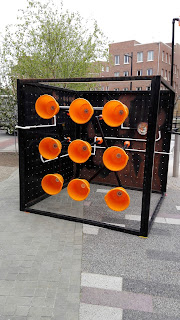 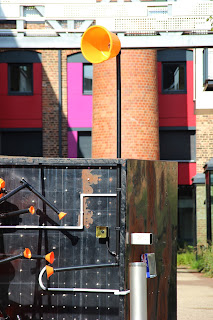 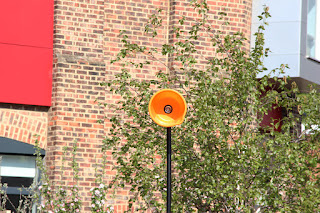